Ignition Tennis is run by Director James Wescott and his team of dedicated coaches.
Our aim is to provide coaching provisions for clubs and schools and to instil the passion that we have for tennis into the generations we teach.
coachescoursesservices venues

James has been coaching since 2008 after deciding to make the switch from selling IT equipment to teaching tennis. In that time, he has worked hard to become an LTA Senior Club Coach (Level 4) whilst gaining valuable experience on court too, including working alongside internationally recognised coaches.

James started playing tennis at the age of 16 at his local club in Tilehurst and was very proud to hold the position of Head Coach at the very same club, Woodland, when he embarked on his coaching career 13 years later!

Away from the court, James is an avid Manchester United fan - the best match he’s been to being the 2008 Champions League Final  in Moscow - and a doting dad to his eight year old daughter.

As well as running the business day-to-day, James is also Head Coach at Malmesbury LTC in Wiltshire.

James is Ignition Tennis' Assistant Manager, having earned that promotion through his hard work and incredible attention to detail.

James started playing tennis when he was eleven years old at Greenacre Leisure Centre and Park House School. He started assisting at Greenacre aged 16 and has achieved his LTA Level 1, 2 and 3 tennis coaching qualifications.

In 2015, James finished his final year in sixth form at Park House and studied Physical Education, Psychology and Sociology at A Level. Since leaving school, he has completed an apprenticeship with Ignition Tennis, achieving his LTA Level 3 qualification, and is now working full-time with us.

His favourite tennis player is Roger Federer due to his creativity and the way he makes everything look effortless. James’ best assets as a player are his rapid speed around the court and his dominant first serve!

Away from tennis, James is an avid Arsenal FC supporter and also volunteers at a local youth centre for autistic children.

Tom is passionate about your improvement! Whether that is your improvement on the court, or your strength and conditioning (Tom is also a Level 4 qualified PT), Tom will work with you to get the best results.

Tom has been playing tennis since the age of 13 and was always the hardest-working player in each of his groups. Perhaps unsurprisingly, his favourite all-time player is Lleyton Hewitt due to his tenacity and work ethic!

Tom's favourite tennis memory is watching Hewitt come back from two sets down to beat Radek Stepanek at Wimbledon in 2009. Tom's best attributes as a player are his strong backhand and powerful serve.

Away from the tennis court, Tom is a keen cyclist and also a huge Liverpool FC fan.

Our programmes are designed to get 3-5 year olds active and learning new skills in an exciting and social environment. They're full of activities, exercises and fun tennis games that use special equipment to build up physical 'ABCs' (Agility, Balance, Co-ordination), as well as basic technique.

Mini Tennis Red is a great introduction to tennis for young children. Aimed at 5-8 year olds.

Designed to follow on from the players' introduction to Mini Tennis Red. Aimed at 9-10 year olds.

Mini Tennis Green is designed to follow on from the players' progress at Mini Tennis Orange. Aimed at 10-12 year olds.

Invitation only. Players who are committed, enthusiastic and talented who are looking to play more than once a week and compete on a regular basis. Hit the button for more info.

Intensive work out for players who want to hit lots of balls and get the heart rate pumping. Drills based session with coach feeding and then some live hitting with points towards the end of the session. Level – Intermediate / Advanced players

6 week course for adults who haven’t much tennis or played in a while. Learning a range of shots and tactics.

6 week course for Improver level adults who are looking to make improvement to their shot technique, work on tactics and points play.

If you have never played tennis before, or haven’t played in a long time, then Tennis Xpress is for you. It is an easy and fun way for adult beginners to get into the game. 6 week course learning all the shots, tactics and scoring.

Sessions on various mornings of the week for ladies of all abilities from beginners to advanced. (Please check the day of the week for the level). 1.5 hours learning new techniques and working on tactics in a fun social environment.

These can be arranged directly with one of our coaches. Please see our coaches page to find contact details. You can also fill out our online booking form and one of the team will be in contact to arrange your lesson.

We have always catered for juniors and adults with structured sessions for all ages as well as ‘turn-up-and-play’ matchplay sessions.
We encourage competitive participation amongst our juniors, ensuring that they are members of British Tennis and linked to our club.
We would ensure that all juniors at your club are linked to the club on the LTA website which would in turn increase the number of Wimbledon tickets and increase the likelihood of LTA funding in any future projects.
‍
We would also ensure that we record and send to the LTA any matches that are played internally, which will then be reflected in the club’s Regularly Competing Junior (RCJ) figure produced monthly by the County LTA. Alongside juniors, we also cater for our adult players with a broad spectrum of sessions including: Drills (Cardio Tennis)Ladies Mornings Beginners and Improvers classes Team Training sessions Club Nights for all abilities Summer and Winter Club Championships Individual lessons Hitting sessions.
‍
Obviously, we wouldn’t assume to implement all of these at once but could tailor the sessions to the demands and needs of your club and members.
For example, you may not feel the need for Beginners or Improver's sessions but be interested in the idea of team training and tactics.

We offer private lessons for individual or small groups. No matter what standard you are, we can help you improve. With coaches based around West Berkshire, we'll be able to arrange lessons near you to suit your schedule.

We have vast experience teaching tennis in schools; from hosting assemblies to running regular weekly sessions. We have taught tennis to all ages from reception to sixth form and can create a bespoke programme to suit your needs, including tutoring your teachers to be able to deliver quality tennis sessions within your school curriculum. We can also run sessions on indoor courts available to us, distance and times permitting.
‍
We are also able to offer regular sessions in leisure clubs. We will fit this in with your schedule and can offer lessons for mini tennis players, juniors and/or adults, depending on the suitability of your venue.

We hold children's birthday parties at our clubs in Chieveley, Hungerford, Malmesbury, Park House School, Newbury and Tilehurst. Please get in touch for more information.

Chieveley Lawn Tennis Club is set in the idyllic Berkshire village just north of Newbury. With 3 floodlit hard courts and a quaint clubhouse it offers great facilities for the local people. Ignition Tennis are pleased to run courses at such a friendly club.

Hungerford Tennis Club is tucked away in a quiet corner of the Croft, close to the Kennet and Avon canal, in the heart of Hungerford. The Club has four excellent quality, all-weather surface courts, laid and maintained to the highest standards.

Kintbury Tennis Club is set in the idyllic Berkshire village just south of the A4. With 3 floodlit hard courts and a rebo practice wall, it offers great facilities for the local community. Ignition Tennis are pleased to run courses at such a brilliant venue.

Malmesbury tennis club is situated in the centre of Malmesbury just off the main Tetbury Hill road and have 5 courts, 4 of which are floodlit, a mini court and hitting wall. A family friendly club with a fantastic surrounding, providing the perfect setting for tennis.

Woodland Lawn Tennis Club is situated in the heart of Berkshire. A typical village club comprising of 3 hard courts and club house/changing facilities. Ignition Tennis director James Wescott spent most of his career in and around the club playing matches and coaching on a regular basis. 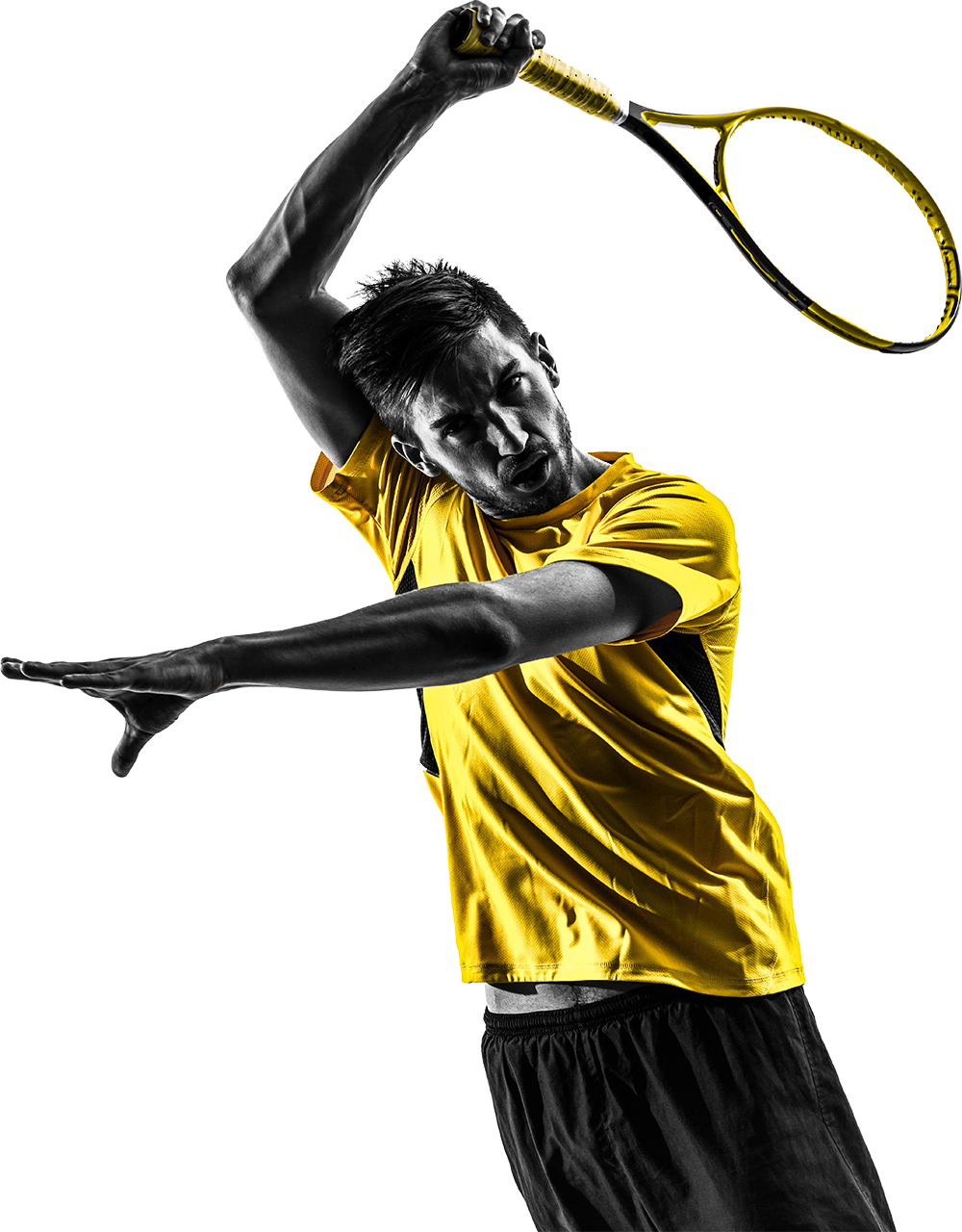 Home
What We Offer
Our Venues
Merchandise
About Us